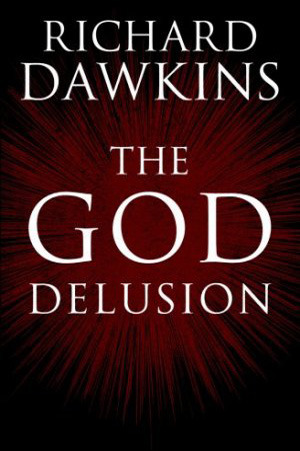 Richard Dawkins’ The God Delusion is one of those books which are hard to review solely on its content because of its meaning and wide goes beyond the pages. The book is an argumentation against religion and God, and Dawkins does a great job with it, going over all the possible counter arguments for his hypothesis. I have to say there were occasions where his argumentation sounded hastened and as if he was saying “because I say so,” like with agnosticism. I didn’t feel like I got what he would be capable of if he put his mind into it. But I’m willing to overlook those occasions. Why? I’m not sure.

I think this is a book everyone should read, think the topic over, and see where they will end up. I just wished that Dawkins had familiarized himself with religious research and I don’t mean Bible study. I mean the study of religions, religiousness, belief, and the rest. He would have had a better understanding of where we are heading with secularization and why do we believe.

I disagree with him that secularization or the rise of science will mean the end of belief when it clearly doesn’t mean that now. Even when the systematic belief to church doctrines has fallen along with attending to their rituals, religiousness still goes on. Religion has never been about doctrines for the common man. Doctrines and the inconsistencies in them are more important for the scholars and students of religion than for a believer who follows something they have learned from their family and society, and there is no room for orthodoxy there. To them, their religion comes from their “gut.” What I’m trying to say, is spirituality and a belief to a higher power (s) is very alive even in secularized societies, and those beliefs might not be in contradiction with science in the believer’s mind. Studies after studies (done by Comparative Religion’s researchers) has shown that even when the organized religion is in decline spirituality is alive (in some form, maybe not like the Christianity likes it to be) and sought after because of the stress of modern life makes seeking meaning and well-being important.

All this is not an argumentation against the book or Dawkins’ views. I only wished he would have mentioned the research done on the social science (Comparative Religion) domain and not ignore it completely. Before I finish this review which isn’t a proper review, I like to point out that researchers have found out that some people’s brain structure is more prone to religious experiences; that religion might be a build in function. I end this not-review with a book recommendation Dawkins himself mentions in the book, and that is Pascal Boyer’s Religion Explained. It will open your eyes, trust me.

0 comments on “Book Review: The God Delusion by Richard Dawkins”