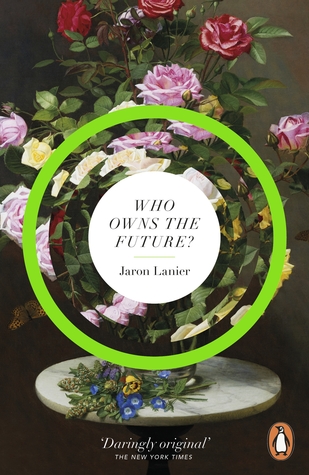 This is a horrible book. Not because of the subject, but how it was written. I bought it because I listened to Jaron Lanier to talk about this subject, and I was instantly drawn into his thoughts and opinions on how automation and algorithms will impact the economy and our job situations. And he is right about the fact that at the moment the money of the content on Facebook, Twitter, Instagram, and so on goes to the companies and servers where they are kept rather than to the content makers (us.) And, we are being used for additional information as the collected data from our behavior and background is sold on.

I agree with him with both the issue and solution that the content maker has to be paid, and we have to pay from the services we use so we don’t become the product, but unfortunately, the book is poorly written with mixed ramblings and unstructured content which jumps around composed of sentences where he flings together big words yet says nothing of substantial whatever. Empty blather with a polished surface. This is such a shame as I know he can argue his point (or at least in the interviews I have seen him.) What the book lacks is data (actual studies) to back up his claims. Instead, the book is made of him trying to spread the subject into 372 pages and add gravitas to it by philosophical pondering and his take on economic issues without barely stopping to prove his point or even dwell more in-depth into the matter. This book would have been better if he had written a pamphlet. So he wouldn’t have spread his point thin and weaker his argumentation. I was very disappointed with this book.

0 comments on “Book Review: Who Owns the Future? by Jaron Lanier”