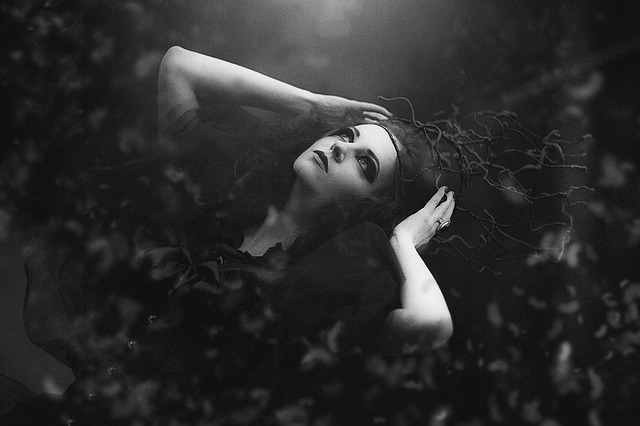 Hi everyone!  I have been thinking of witches lately. It is that time of the year. I have always been fascinated by the idea of witchcraft and powerful women using their knowledge to benefit their lives or the community’s well-being. Witch movies and TV-shows have always been my guilty pleasure. (Shh, don’t tell anyone I love Bewitched (both the film and the TV show,) Mary and The Witch’s Flower, Matilda,  Hocus Pocus,  Practical Magic, Witches of East End, Hex, Penny Dreadful, Craft and Sabrina the Teenage Witch as a teenager to name a few.) Weirdly, this fondness hasn’t transferred to the realm of books (except Terry Pratchett’s all the wonderful witches from Agnes to Granny.) But I don’t only like the idea as a fictional story concept, the thought of real-life witches triggers something in me. Something I can’t define. Maybe it is because I come from a line of seers. My grandmother thought she could see and predict the future. She and my mother believe they can see and communicate with ghosts; they think you can use a Bible to drive the nasty ones away. I grew up in a world where one side said this is something real and the other side: the reality, science, my mind, said that I can’t quite believe.

Maybe it is the reason why I left home to study Comparative Religion at the University. Who knows? But magical thinking was always present in my childhood home. There were premotions, ghosts, smells, sounds, feelings, and the rest beyond this world thought and seen as normal, and I love the idea if that could be true and love witches for that and because they portray strong women with the ability to shape their surroundings. This and because of Halloween is coming, and because of witches were the first thing coming into my mind during my walk in the woods, today’s short story will be about them.

I couldn’t quite decide if I would write about evil witches as they are alluring with their powers and disregard for conventional social norms. They are like this power fantasy, whereas a woman you can do anything you want, get anything you want, and be dominant over others. Then again, good witches who help those in need and care for the environment and the world beyond their personal needs is a beautiful concept and give this hopeful fuzzy feeling inside most people and me. I couldn’t decide, and the more I thought about witches and other concepts in life, the more this division between good and evil felt naive and restrictive. Even the greatest evil persons in our world (historical figures and other questionable persons who have harmed others) have been capable of compassion and love; some of them have cared for animals; others show kindness in other ways. And those who we think highly moral and virtuous, have left their wives without medication, been part of homicides and kidnappings and slavery, and done horrible things in the name of justice and righteousness. So this idea of pure good and evil feels forced. None of us think we are evil, yet, all of us do little things in life, which are questionable from someone else’s perspective. Anyway, this pre-short story text turned longer than I expected, and I better get to telling you a story.

When she wasn’t paying attention to her surroundings, odd things happened. Furniture, books, boxes, plants, and other whatnots moved around. Her keys were never where she had left them. Then there were the noises, the whispers of her name, animals following her home. But she could live with all that. She had done since her youth, but what got to her was that there were nights she couldn’t remember. There were times when she found strange men and women in her bed, and she had no recollection of how they had gotten there or what they had done. Enjoy, her mother had said nonchalantly when it started to happen. When she kept complaining, her mother finally had said, that then stop repressing who you are. “Own up to it, girl,” were her exact words.

Her grandmother would have gone even further. She would have commanded—yes, commanded—her to charm her way through life. “You have the whole spirit world behind you, then use it. See the future and pick the one you like.”

She had. In her weakest moments, she had done little nudges to get her way. Nothing major. Nothing which would damage the lives of others too much. Or so she convinced herself. Now she was feeling desperate, there had to be a balance between reading the future for housewives, speaking to the dead, and charming her way through life. All of that seemed a waste of the gift or the curse as she sometimes thought of it.

How to update witchcraft to the modern world? She didn’t know. If she did good, there were butterfly effects, and sometimes things were altered for the worst because she didn’t understand the complexity of it all. And if she did evil, took something which wasn’t meant for her, like the woman lying next to her, then consequences would add up and alter not only the present but all the possible futures. Not that sex or infidelity was that great of an evil. Just fun, as her mother and grandmother would have said.

It was so more uncomplicated back then. Back when there was a clear way to use her skills for the community. At least, there was a community back then. Now she was one of many in the faceless city where status, money, and useless junk defined everything. Everything her witchery could supply to her. If she wanted to, she could get up under the naked woman, march to her boss and demand the keys to the kingdom, and she would have them. A little smile, a slight tilt of the head, and a nudge, and she could have wealth beyond her needs and people worshiping her. And she didn’t even have to hide who she was, they would call any successful woman witch anyway and never thought to hunt her down as they had done to her ancestors.

She could march into the UN and whisper into the ears of influential people and demand disarmament, cooperation, and redistribution of wealth. As that was the only fight, she saw worthy of fighting. There were no demons, no angry spirits. Just lost helpless souls who didn’t know they had died. But who was she to force her believes of a good life to others? She could, of course, argue that end justified the means, but wasn’t that bit corruptive? Where would she end? Would she become another tyrant? And what came to predicting the future, nothing was as deterministic as they advertise. People had the right to choose their own reactions.

She lifted the woman’s hand over her and snuggled tighter. Anyone who suppressed who they were and what they needed did funny things. She did not differ from the woman living next door. She watched as a book lifted from the nightstand next to the bed and floated to her way. This time it was her doing that and not all the bend up energy. She began to read.

—
I’m not sure if I liked where this story went. I’m a discovery writer, and I ran with the first sentence, and it took me into the world of sex, where so often witches are taken. Sometimes I don’t like where my mind takes me. I had the intention to write a different kind of witch. The one that blew up stuff to teach the ignorable like Agness Nutter did or one that makes everything for the better like Granny Weatherwax does, but how to be a witch in a modern world?

Thank you for reading! Have a witchy day ❤

0 comments on “Writing: Short Story: Just Like Anyone Else”