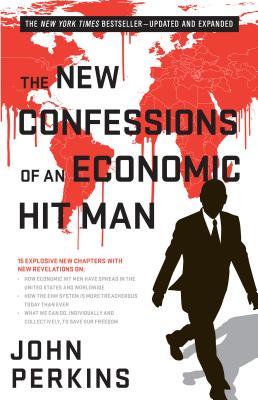 This is one of those books you like, or you don’t; think is full of conspiracy theories and farfetched accounts, or you believe it. In one word, it will arouse feelings of anger towards the subject or the author. It is a personal account, working as an overseas energy consultant for Main from the sixties onward until Perkins couldn’t do what he did any longer and quit as he himself put just when the time was right.

John Perkins is not an easily likable guy. While his consciousness is killing him, he continues working for the firm and doing their dirty work even after he realizes what he is doing, and not because Perkins fears for his life, but because of money, the lifestyle, it is what he does, and not knowing how to leave. But we can question his motives, we can even dislike him, we can blame his naivety or the fact that he blames his parents for the shortcomings of his character and so on, but that is getting hung up with him instead of the story he is telling. That is that US political and economic powers are influencing other sovereign countries with their money lending and policy-making to pump the money from the poor people of other countries to the pockets of dictators and US companies and their CEOs. Perkins insists that they are doing this with good consciousness, knowing that their money lending will enslave the people and make them worse off from the little they have. They do this by first boosting the economy with loan money, building power plants (with American contractors, so truly no money goes to the target country, but back to the US) and then when the free money ends and things get sticky, they insist the government privatize central assets like Oil, mining, telephone networks, healthcare… the list is endless, and who do you think buys those contracts and profits from them—you guessed right, not the poor people of the country. No, they keep living under minimum wage, some having to resort to prostitution to support their families, and you can imagine the rest.

What Perkins is trying to do with his own confession is to show people what this hegemony building the US did and does do to the relationship with others (if we ignore the poor and suffering and the trees cut down because of oil fields.) If we look at the current state of the world, Perkins paints a different picture of what happened in the last decade and what is happening now. He ponders these in the second part of the book based on his own accounts, which is the addition to the first version of the Confessions of an Economic Hitman. So what to think? You can dislike John Perkins, you can think he is a conspiracy theorist and ignore him, but stop for a second to look through his lenses and see if there is something you might reconsider. That is all he is asking. And he is singing the same tune as Naomi Klein and Noam Chomsky and others. So he is not alone with what he is trying to tell us.

Thank you for reading! Have an enlightened day!

0 comments on “Book Review: The New Confessions of an Economic Hit Man by John Perkins”