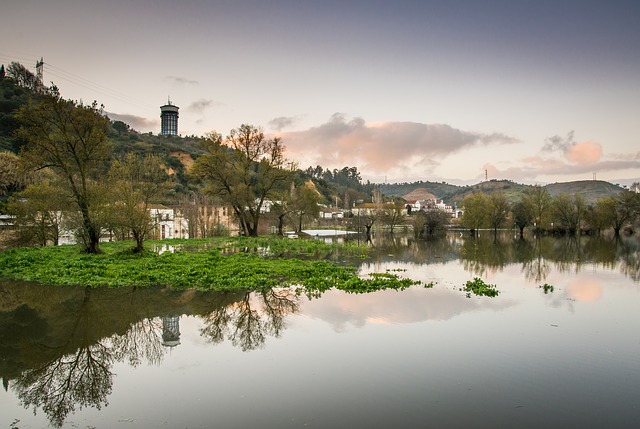 I decided to try a different storytelling style this time, and Arthur was a perfect victim for that. He came to be when I stepped into the kitchen and couldn’t get his face and demeanor out of my head. Instantly I knew what the note of his life was. B minor. So here he is.

Have I ever told you a story about Arthur? No, I don’t mean as Arthur Dent, who went to have an adventure of galactic proportions. No, our Arthur is as common as they come. He has never been farther than the town over. He has never fallen in love. But don’t worry, this is not a love story. Such things don’t go well together with Arthur. Not that there was anything wrong with him. It was just that love had never crossed in his mind. Not even when he watched couples to walk past him. But Arthur’s story isn’t a lonely one, no, not at all. It is just different.

Arthur’s mornings were always the same. He shared this with many other humans, even those who had and were familiar with the concept of love. His mornings always started by staring at the ceiling when he woke up. He always awakened in the same position, on his back. Every morning he watched as the shadows moved across the ceiling as he planned his day.

Arthur honestly had no need to plan his day as it had gone the same way to the second thirty-five years now. Ever since the accident. But Arthur never felt the days were the same. To him, they were as different as for Laurence, the accountant, Philomena, the lawyer, Louisa, the baker. But he never cared what anyone’s title said, he cared what was inside. And despite never ever being in love, never ever traveling far, he knew humans better than they did themselves, and he never ever described them by their nose, body-shape, their status, or by their bank account.

Every morning after counting to ten slowly, he sat up and put his feet down on the floor to the left side of the bed. There he would sit feeling the wooden floor underneath his toes and looking along with the blue stripes of his pajama pants down his feet.

Every morning Arthur counted his toes. And every morning, he acted surprised to find one was missing. Then he stood up, forgetting all about the missing toe. Always his two steps were unsteady as his hip recalculated his weight and the center of gravitation. But always the hip came into the same conclusion as Arthur’s weight has always been the same ever since the accident.

To the dot, Arthur opened the bathroom door and sat down to do his morning dues. He never stood. When Arthur had made sure the body functioned fine, he flushed twice, washed up, and shut the door behind him.

Every morning he had a bowl of porridge with strawberries and honey, orange juice to wash down his bills, and slice of toast with a perfectly round butter melting over it. Every morning he ate slowly watching out of the kitchen window to the people hurrying to their work. Every morning he sent good thoughts after them.

Arthur never read the newspaper. Not because he couldn’t. He didn’t have to. He knew all that was necessary to be known, and that was the people and the town he lived in. Someone might say that the town Arthur lived in was one of those small sleeping towns, but Arthur knew it was fully alive. Someone might also say that the house Arthur lived in was a sad gray, small, and impersonal, but Arthur knew it was he who lived there, and it was all he needed.

After Arthur had eaten his porridge to the last spoonful, drank his orange juice, and finished off his toast, Arthur took the dishes to the sink and poured hot water and washing agent over them. He washed them circling the bowl ten times, then set it aside on the table. Then he took the toast plate and circled it ten times, repeating the same to the spoon, to the glass until the dishes were all done. Then he let the water go, watching it, and the bubbles swirl down the drain. Then he always rinsed the dishes under cold water ten times before putting them on the rag to dry. This happened every day, even when there was a commotion outside. Arthur never rushed to the window to watch what was happening. As he knew people, he never had to.

Every morning after he had washed his face, his teeth, combed his hair, brushed his beard, Arthur went back to his bedroom and opened his wardrobe. Arthur never ever took a shower in the morning. That he did when he got back home before going to bed. Every morning Arthur took out one out of his two brown suits, one out of two black socks he had, one out of two white shirts he had out of the wardrobe. Arthur never had owned more than three suits, three black socks, three white shirts, and three underwear at the time, and two sets of pajamas with white and blue stripes. Not after the accident, at least.

Every morning Arthur set the suit, the shirt, and the socks on the bed, walked back to the wardrobe, and shut the doors. Arthur never rushed to the bed. He always walked carefully and sat down stiffly to the left side of the bed. He always undressed his bottoms first and folded them next to his pillow. Then and only then, he took off the top unbuttoning every button and re-buttoning every button after taking off the blouse. Then as carefully as the pants, he folded the top and lay it over the bottoms.

If there was ever someone looking at Arthur doing this part of his morning routines, he would notice Arthur’s naked back had one long ugly scar moving along his spine. But every morning, it would be covered first with the white long-sleeved shirt. Then the socks would hide the missing toe from his right feet. Then he would dress the straight brown pants on. And lastly, the plain brown jacket.

Always before leaving the house, Arthur made his bed. Smoothed all the wrinkles out even when his back made it stiff to bend over. But every morning, he did this before stepping out. Every morning he left his house at nine AM. never minding the weather. Every morning his life was full.

What made Arthur different was that ever since the accident, he could hear other people’s thoughts. And ever since the recovery, he had made the same route around the town, nodded to the same people and new ones, patted on the back of those with worries, and given an encouraging smile to those riddled with self-doubt. He would go on like this until something made him spin out of his circuit. Arthur was always happy and never ever alone.

Thank you for reading! Have a lovely connected day.