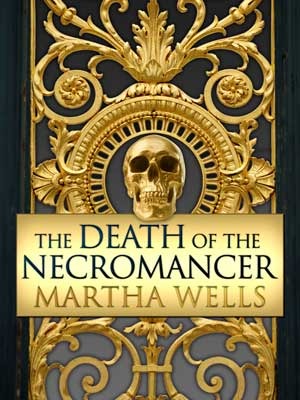 This was the first Martha Wells book I have ever read, and I’m convinced. The prose is excellent; the characters are compelling; the setting is gripping; I enjoyed every bit from end to finish. How should I describe the book? It is like this who done it mystery set in the Victorian era world where magic is common but regulated; Where necromancy is forbidden.

But that is too restrictive. This is also a story about revenge and setting wrong to right. Often such stories are poorly made, making everything feel naive, but Martha Wells knows how to write humans. Not giving us cliches without substance. She even pokes fun at her own hero, Nicholas Valiarde, a thief on a mission to get his father’s story straight.

Another thing the book does right is the lead female character, Madeline. She is capable on her own, has a history, and would exist without Nicholas and their relationship. Madeline is an actress, but a lot more. She is part of his team of thieves, who as well, while composed of typical fantasy stereotypes, go beyond that. A disgraced soldier, accused murderer, sorcerer, and the rest have this darker set of characteristics. Something you could come across in this world. Realistic characters in a familiar setting, a story that has meaning and substance, what there is not to like?

About the writing. It is elegant, but not crossing to the line when it is a chore to read, that the play of words is all that matters. The story comes first, and I like that because while I love good use of language, I don’t want it to destroy the reading flow. And this book has a great flow, making it hard to put down. The funny thing is that while the book’s plot, characters, setting, everything really is basic, a story you have read so many times, it works, it is engaging, it keeps you hooked. And I think it is because the book is fully imagined combined with excellent writing. Altogether, a delightful surprise.

Thank you for reading! Have a great day.

0 comments on “Book Review: The Death of the Necromancer by Martha Wells”