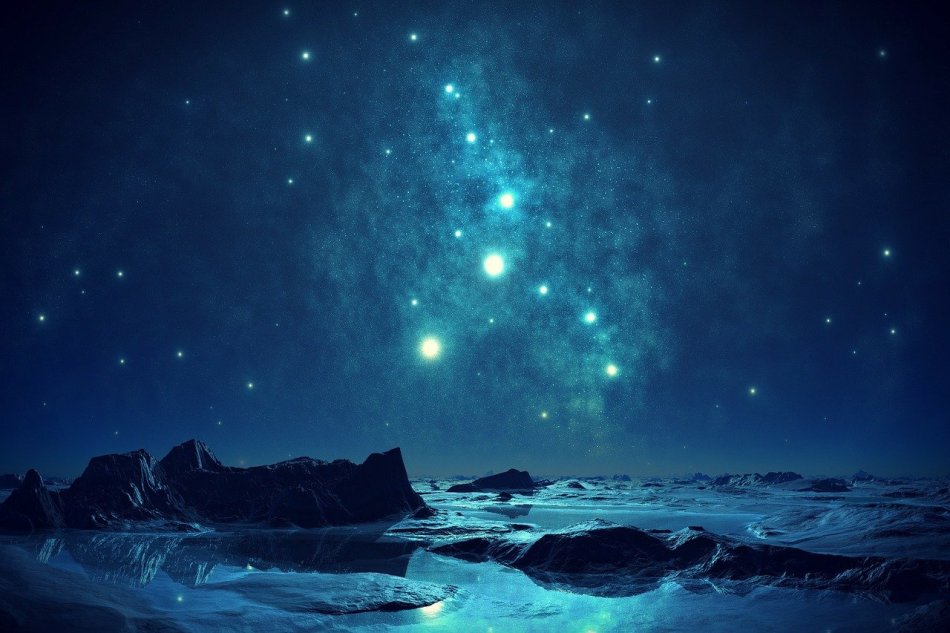 She watched out to the sea, seeing the edge of the world merging into space. There, beyond the atmosphere, were more worlds than she could count during her lifetime. She sat down, feeling the smooth, cold rock underneath her. The one which had formed before she or anyone else had come to be. She let her fingers ran against the surface, thinking the countless times the sea had smoothed the stone. And now, she would leave everything behind and venture out where the land was not part of her. The minerals, the chemicals, the wind which shaped her would be alien. And she would be alien.

But so it was customary. She was the youngest daughter who had been too much, and if she stayed, she would bring shame to her family and her clan. She and others who were extra would be shot out into space, and they would navigate their destiny onward from there, seeking a planet that could take them on. This was her last night. All she wanted was to stay. The stars she was now looking at were the ones she had known since her childhood. What if there was no salt in the air or the calls of the sea birds where she was going?

She should have never come to be. Who made a child when the universe had nothing but uncertainty to offer them? She stopped her thoughts going there. She loved her parents. They have been good to her.

Others saw the departure as something to be proud of. She was sure it was all the stories they were told ever since they were born about destinies and stars.

She got up, leaving behind the bedrock of her entire existence and disappearing into the bushes where her home was. The song of the seabirds faded away, and there was only the hum of the hymns sang for her generation. The lies she couldn’t escape.

Thank you for reading! Have an ambient day ❤

P.S. I’m feeling blue, and I wish I could disappear into the universe with my husband and cats and a suitcase full of books, which miraculously would change titles and content when needed. Would the rest of the residents in my building mind if I bought a huge blanket made of parachute fabric with a space print on it? What do you think?